Get to Know Some of Our Storage Franchisees

If you’re interested in joining our portable storage franchise, check out the profiles of some of our current owners. Go Mini’s franchise owners come from all walks of life, all backgrounds, and have varying backgrounds. Some have established businesses while others are looking for a career change. Every story is unique, but one thing is consistent: Our owners find success with our business and are always happy they made the investment.

Check out some of their profiles below and visit our Process to Own page to get started! 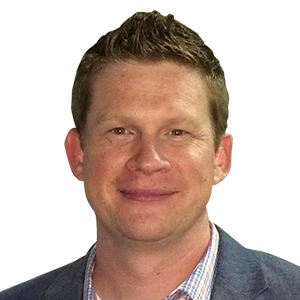 “This is a capital intensive business, but once you make the investment, it can be very profitable.”

Most business people already own an established company (or two) before adding a Go Mini’s franchise. Brad Leath is part of the minority: “I’m a stand-alone, this is our big gig,” he said.

“It took us six years as a dealer to get to 222 containers. In the last four years since becoming a franchise, we’ve nearly doubled that. And that’s with the economy hitting the fan, too. It’s been exponential growth.”

Leath’s perspective on that success is unique. He made the decision to buy into Go Mini’s when it transitioned from dealerships to franchises. As a managing board member, he has been instrumental in driving many of the proprietary marketing and operations systems that guard and grow franchisees’ ROI. “This is a capital intensive business, but once you make the investment, it can be very profitable.

“The Go Mini’s system — digital marketing, mailer program, everything — is ROI driven. We track everything and know what works. We do a growth plan for every franchisee, analyze their market, and tell them how they can grow. This business is simple. If a franchisee can dedicate one person to the business and follow the program, it works.” 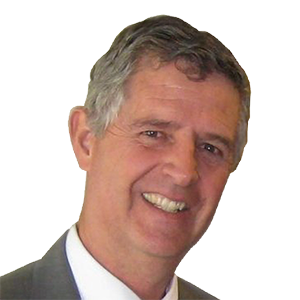 “The business model is so simple. You can manage it from your phone while driving. And there’s not a lot of risk if you manage your business right.”

At 62 and with decades of experience as a multi-business owner in Utah, John Sowards has a clear vision for building sustainable profits. With a mature garage door business as well as a storage unit business, he wanted to put an acre of land he owned to good use. Portable storage seemed to him a viable option.

“We were looking for something different but related to storage, and we sort of stumbled onto portable storage,” he said. “We thought this might work as a complement to our storage business.” Initially, Sowards bought his own containers — 18 to start — but he found they weren’t renting the way he expected. He needed help and expertise in this new business. “We decided to look into franchising and chose Go Mini’s.

“The advantages were clear to us. We have these other two businesses we were running at the same time. So here we pay a royalty and gain the expertise in the website, studying the market, and keeping us abreast of all the marketing techniques. Of course, we could figure it all out through trial and error. But that could take five years or more.”

Time is important to Soward’s long-term vision. He has the advantage of letting his existing businesses generate revenue while he steadily grows his Go Mini’s business. His plan is to sell his other businesses at age 70 and let the Go Mini’s franchise be the profit machine.

“Go Mini’s takes so much less effort and hands-on attention,” he said. “What I like is that the business model is so simple. You can manage it from your phone while driving. And there’s not a lot of risk if you manage your business right.”

Sowards’ management style is methodical. He now has 54 containers with another dozen on order. His goal is to reach 120 containers to serve his market of 500,000 people. “Although that figure may be 160 before we max out the market,” he said. “For us, it’s about growing smartly to the proper scale. We take advantage of all the marketing assistance, the tracking of our pay-per-click campaigns, search engine optimization, and other advertising. We keep what works, turn off what doesn’t and manage our costs. 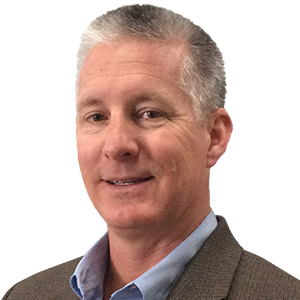 “Corporate knows where to get the business, they know how to do it with the web, social media, all of it. They make the phone ring.”

The year Rick Paulk signed up with Go Mini’s was the same year Hurricane Katrina struck the Gulf Coast. Starting with one container in 2005, Paulk now has 500 in New Orleans and another 300 in Texas. The 30-year veteran of trucking and warehousing, who owned United and Mayflower moving franchises, has stormed to the head of the class as Go Mini’s largest operator in both units and revenue.

Paulk’s drive to enter the portable storage market coincided with Go Mini’s move from dealerships to franchise. The ground-floor opportunity was there, but so were the growing pains. “I knew it would take a while to get the systems up and running, so the beginning was rough at times. But the systems we’re running with today are vastly different from what I started with. Nowadays corporate knows where to get the business, they know how to do it with the web, social media, all of it. They make the phone ring.”

Making the phone ring nourished Paulk’s rapid growth. But he also made the investment — in capital and commitment — to get his business to the top. And yet even with where his Go Mini’s business is now, Paulk still sees a lot of upsides.

“I feel like we’re still in our infancy. If someone comes in with capitalization, they can blow it up and have a great business. It does require capital. It does require the effort to make it happen. But if you’re willing to do that, Go Mini’s can build you quite a nice business.” 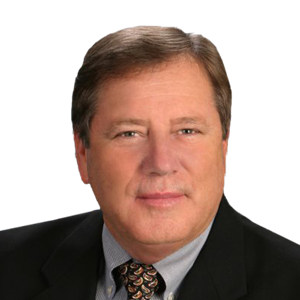 “The capital requirement is significant, but once you get your franchise built up, it becomes a very good business and a great investment.”

Jerry Herring says he has reinvented himself every seven years or so throughout his career. His latest reinvention is as a semi-retired operator of five Go Mini’s territories that combined make it the company’s third-largest operation — 234 containers. That says something about the simplicity of the business model.

“The Go Mini’s model is not complicated,” Herring said. “You don’t need to be a brain surgeon.”

Simple was attractive to Herring. After the 2008 crash decimated the Florida real estate market, Herring, a commercial real estate executive at the time, was searching for an opportunity. He discovered Go Mini’s during his research and reached out to the company. “I thought it was a good concept, I liked it. And I felt it would work well for my son, who had been a residential contractor before the crash.”

Thinking about his coming retirement, Herring signed on. His initial purchase of a single territory grew into five along the I-4 corridor from northeast Orange County down to Sarasota — a market of around eight million residents. Among those residential prospects, there are also commercial accounts, which get a lot of attention from Herring and his son. Their histories in commercial real estate and contracting give them connections in that segment that minimize the energy and outlay for marketing.

Minimization is a keyword when you’re semi-retired, and Go Mini’s offers that opportunity.

“Understand if you’re looking for an immediate return, go to Vegas. This is not flipping houses,” Herring said. “And the capital requirement is significant in order to get to the scale where the income becomes very attractive. Once you get your franchise built up, it becomes a very good business and a great investment.”

Northern Arkansas entrepreneur adds Go Mini’s franchise to his business mix in 2015, adds a second location within a year.

“Go Mini’s isn’t the biggest dog in the hunt, and they aren’t the smallest. But they make everyone feel like family. They want everyone to be successful.”

About five years ago, Scott Younge added a storage unit facility to the X-ray service and supply company he had owned for more than 12 years. When his storage unit business grew to the point of needing extra space, he began researching portable storage as an alternative to constructing new units. It took him a year of research before deciding to pull the trigger on a Go Mini’s franchise in August 2015. “I wish I had made the decision sooner,” Younge said.

“I talked to a lot of people in the container business,” he continued, “and the feeling you get is that most of them are out to make a buck. Go Mini’s was different. There’s something genuine about them. They aren’t the biggest dog in the hunt, and they aren’t the smallest. But they make everyone feel like family. They want everyone to be successful.”

In Younge’s case, the Go Mini’s business plan was a perfect fit because he had available land attached to his storage unit business. The fact that Go Mini’s does not require a warehouse made their model attractive. Younge was also impressed by their demonstrably superior product versus other portable storage companies. But it was the culture and the support at Go Mini’s that sealed the deal for him.

“We’ll be starting up our second location in Little Rock very soon,” Younge said. “All together we have 60 containers with a goal to get to 300. The home office helps us with out-calculations based on population, the competition, the needs of the market. Their systems are all tested and proven. All you have to do is put forth the effort.”

And there’s support for the effort, too. Younge added, “At the annual meeting in San Diego this year, it felt like one big family, everyone willing to help one another. No matter how big you are, how long you’ve been with the company, there’s a network of company people and other franchise owners, all of them eager to help.”